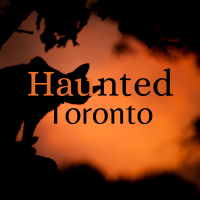 Now that Thanksgiving is behind us, let's start getting into the Halloween spirit! Spirit, get it?!

There are lots of ghosts roaming around the city that you may not know about. Consider yourself warned this information is not for the faint of heart!

🎃Humber College Lakeshore-3199 Lakeshore Blvd W🎃
The Humber College Lakeshore campus used to be called the Mimico Asylum. It was a psychiatric hospital that operated from 1889 to 1979. There is a cemetery on site that is still home to 1,511 former patients who are said to roam the grounds. There are documented sightings of the ghost of a nurse that allegedly hung herself from one of the apple trees and now roams the halls at night. There are also reports of students & faculty reporting strong weird smells in F building, which was formerly the morgue.

👻Queens Park-110 Wellesley St. W👻
Queens Park is also formerly the home of a psychiatric hospital. There are reports of four recurring spirits. A mysterious woman all dressed in white haunts the Legislative building, a soldier has been seen coming down the grand staircase, a woman covering her face with an apron, and a woman dangling from a hook in the underground tunnel. There have also been multiple reports over the years of people hearing cries in the distance.

🎃Gibraltar Point Lighthouse-Toronto Island🎃
Over the years there have been claims that the lighthouse’s first owner has been seen climbing the tower in search of his body parts. The story is that John Paul Radelmuller was savagely murdered & dismembered by the soldiers of Fort York when they were looking for bootlegged beer.

👻Keg Mansion-​​515 Jarvis Street👻
Legend has it that one of the family’s servants hung herself in the front foyer of the Massey mansion, now known as the Keg mansion after Hart Massey's daughter Lillian died. It is believed that she died to hide a dark secret, not just from grief. There have been staff reports of her ghost hanging from the grand staircase. The women’s 2nd floor washroom is also considered to be haunted. There have also been reports of a small boy running up and down the main staircase.

We hope you didn’t find that too scary! If you know of any other scary places in Toronto, let us know, we’d love to hear about them. BOO!