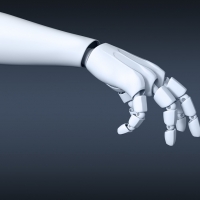 Five Ways Robots Will Take Over the Construction Industry

Many industries have been transformed by automation: retail, finance, and manufacturing. Home construction, however, has been slow to adopt innovations in automation – but that’s all starting to change. After decades of research on construction robotics, new technology is beginning to emerge that could potentially make home construction safer, faster, and much more efficient. Meet the robots that could build your future house.

Machines That Drive Themselves

Autonomous machines aren’t just for the road. They’re being out to use on construction sites too. Volvo Construction Equipment has been working on an electric, self-driving load carrier called the HX2 that can transport heavy loads without a driver. Technology tells the machine how to get around the site, even helping it detect humans and obstacles that might be in the way.

Built Robotics is another company working on autonomous technology for the construction industry. Rather than creating a new machine from scratch, it’s working on a technology kit that can be retrofitted onto existing vehicles, such as dozers and excavators, turning them into autonomous machines that can carry out normal functions through remote supervisors.

Drones are very handy in the world of construction. They have increasingly replaced traditional land-surveillance methods since they can survey working areas aerially, scanning the site for potential hazards and capturing important data much faster than conventional methods. Drones can also be used to supervise and monitor employees, as well as increase safety and security on the site. Not only can drones save time and money, nut they are also expected to create hordes of new jobs in the construction industry.

Several bricklaying robots are catching the construction industry’s attention. There’s the Hadrian X by the Australian-based tech firm FBR and the SAM100 by New York –based Construction Robotics. The latter is a metal arm that can lay 300 to 400 bricks an hour (humans can only lay 60 to 75 bricks an hour). The company claims the robot will boost productivity, improve workplace safety and job planning, and address labour and housing shortages.

Researches from ETH Zurich, a science, technology, and engineering university in Switzerland, have been experimenting with a three-storey house built entirely by robots. The team says it’s “the first house in the world to be designed, planned, and built using predominately digital processes.”One of the most innovated features of the house is the geometric concrete ceiling called the Smart Slab. The ceiling’s underlying formwork was created by a 3D sand printer, which uses the least amount of material needed to make the slab load bearing. This results in an eco-friendly formwork that weighs half as much as typical concrete slabs.

ETH Zurich has also enlisted the help of an industrial robot called the In situ Fabricator. It’s a robot arm on wheels that’s designed and programmed to build curved walls. To do this, it creates a 3D structure out of steel rebar mesh, which later gets filled with concrete. Like the Smart Slab, the robot only uses as much material as needed, reducing the overall amount of waste.